This VR project is an interactive visualization of the Poggio Civitate artifact data from OpenContext for participation in the Open Context and Carleton University Prize for Archaeological Visualization.

In this demonstration VR environment, artifacts are programmatically "buried" by the software underneath the ground according to the provenience data recorded in each object's OpenContext record. With the HTC Vive VR headset, users move around the environment by pressing down on the Vive controller trackpad, aiming the green teleporation target where they wish to go, and releasing the trackpad to teleport to the targeted location. Users can excavate the terrain to search for artifacts by moving the Vive controller up and down over the ground surface in a digging motion. Once a user finds an artifact, they can view more detailed information by highlighting the artifact icon using the laser pointer and pulling the trigger button. The user points the laser pointer away from the artifact icon and pulls the trigger again to dismiss the detailed record information windows. 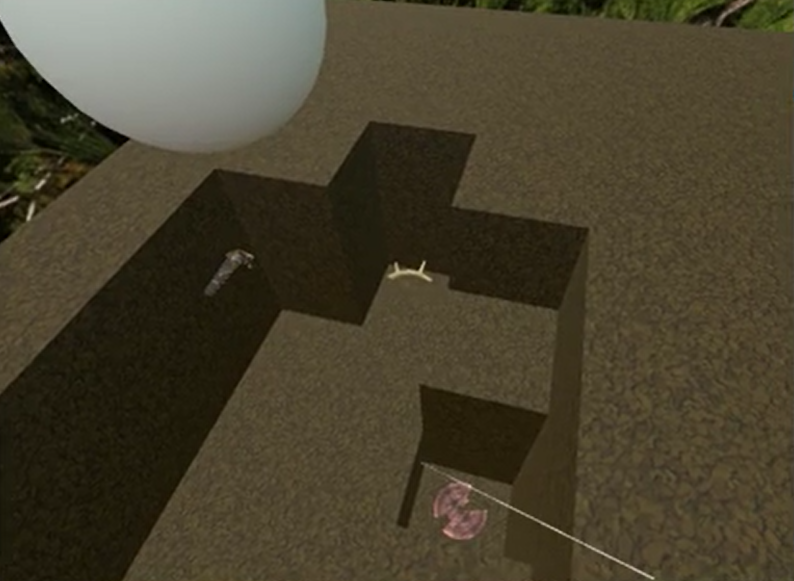 Users can excavate the terrain to discover artifacts placed by the software according to their OpenContext records. 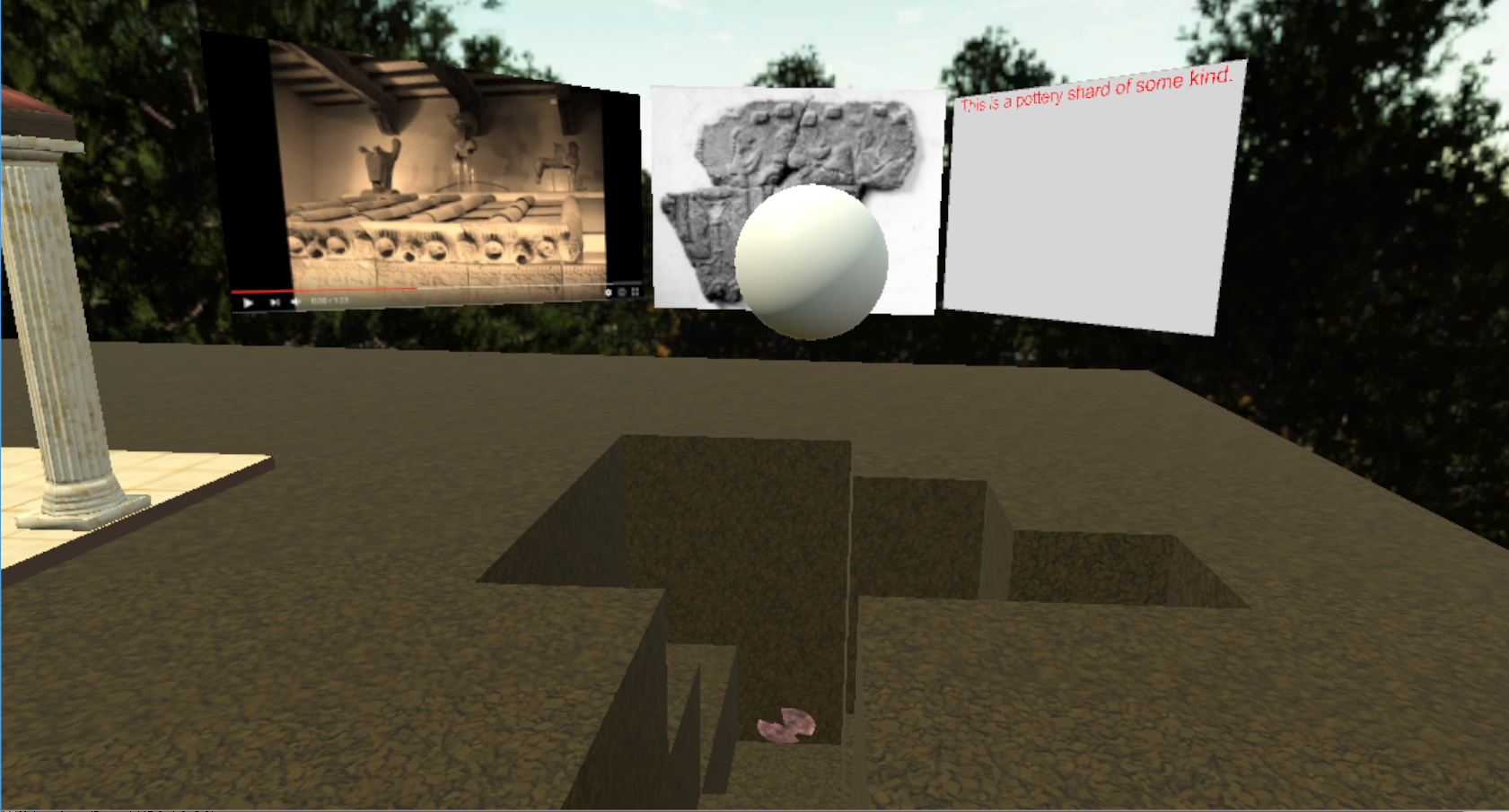 Users can interact with the artifact icons to view more detailed information from OpenContext records. 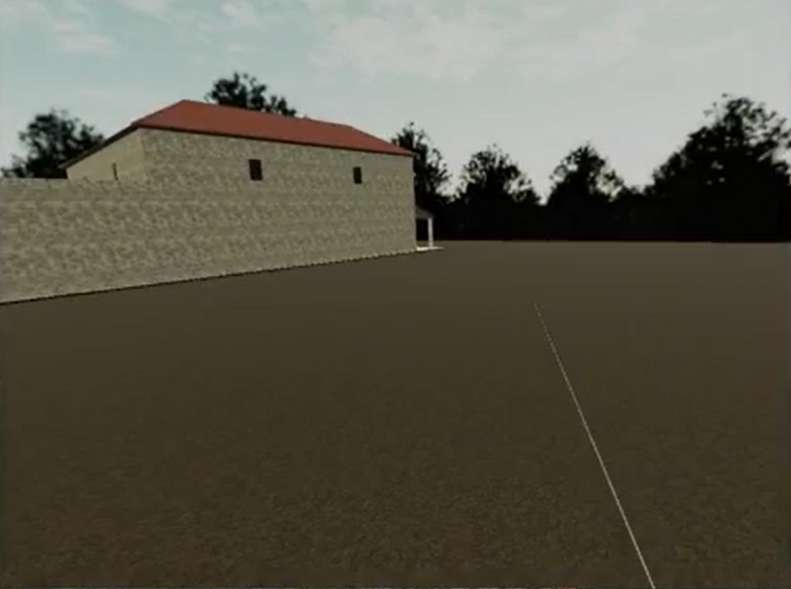 For this site, we added a model of a Roman villa as theming. 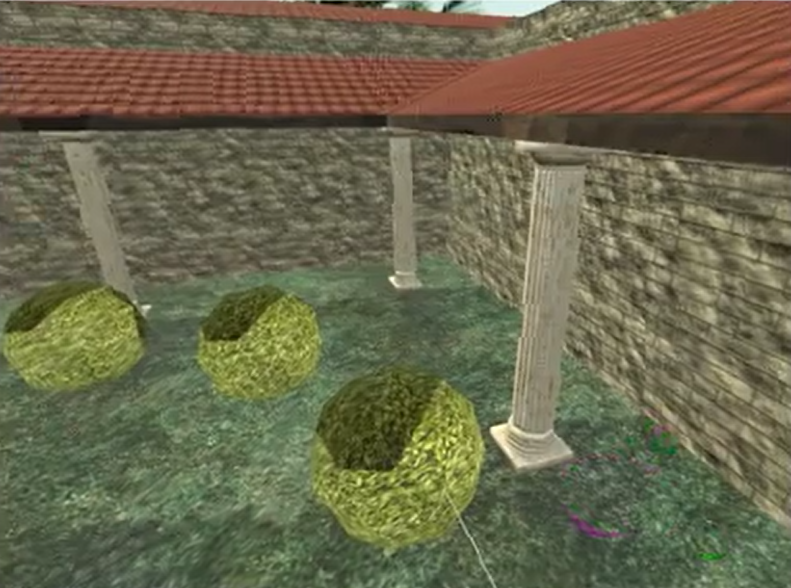 This VR project was originally created for the 2016 SeattleVR Hackathon IV. Over the course of 48 hours, our team worked to download and parse the JSON data from the Poggio Civitate Excavation Project and visualize it within a VR environment.

For inquiries about this project contact the team here